What are cannabis terpenes and what do they do? 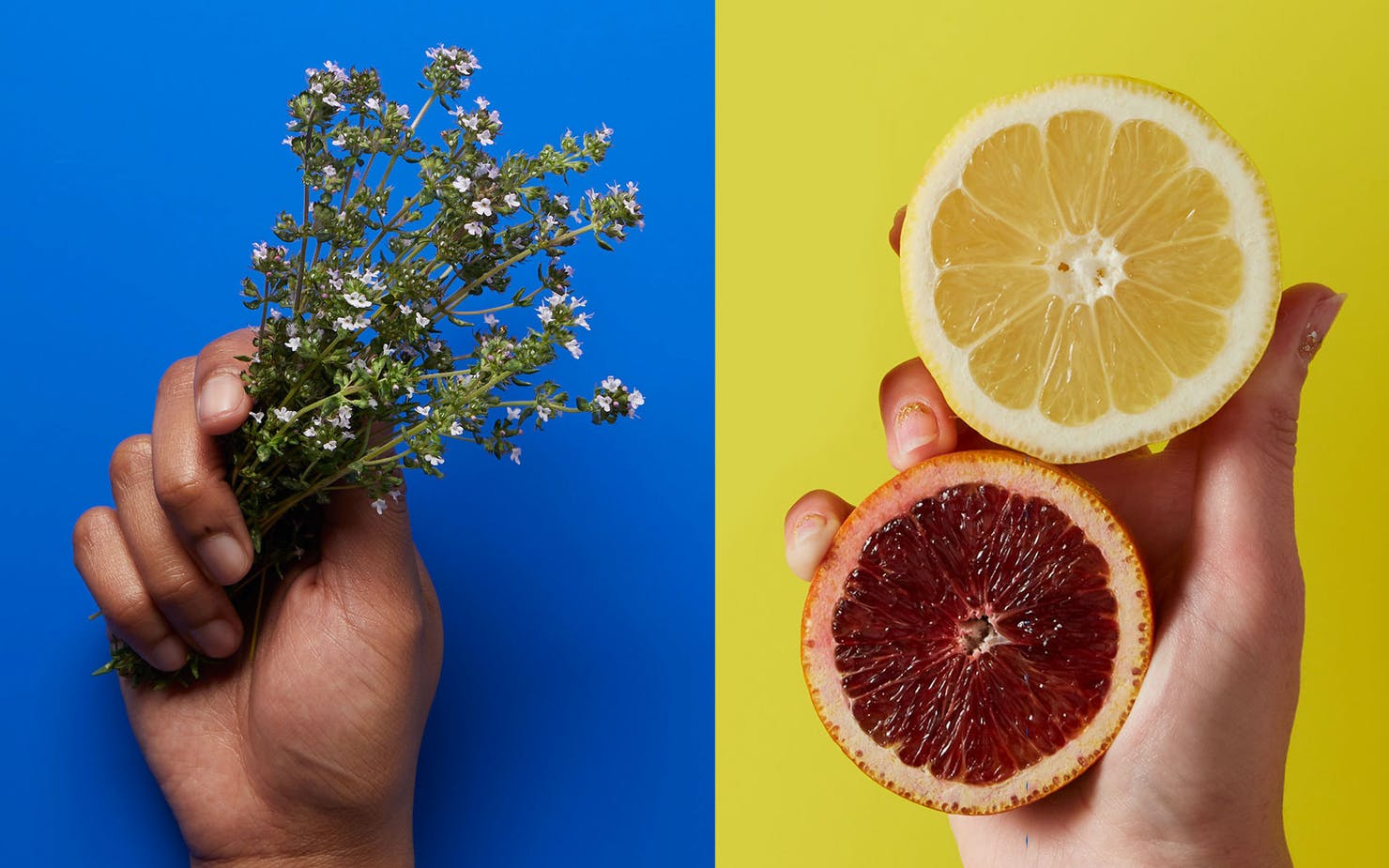 The unique musky, skunky, and pungent aroma of cannabis is unmistakable: Most people can smell it before they even see it. Terpenes, the aromatic compounds that determine the scent of many flowers and herbs, bestow cannabis with its distinctive odor and contribute to its flavor.

Cannabis contains more than 150 types of terpenes. Although most terpenes are present in only trace amounts, the more prominent ones team together to give diverse cannabis strains their signature scent profiles. The combination of terpenes in Sour Diesel tell you of its pungent, gassy character, while Cherry Pie evokes the pleasant scent of sweet and sour cherry pie fresh out of the oven.

Beyond providing cannabis with its unique bouquet of scents, terpenes also hold diverse functions in the plant and can produce a range of therapeutic and mood-altering effects in cannabis consumers.

Where do terpenes come from?

Terpenes are naturally-occurring compounds found in the trichomes of female cannabis plants. Trichomes are sticky, translucent glands that cover the surface of buds, and in much smaller amounts, on leaves and stems. Critically, trichomes contain resin glands that produce terpenes.

Terpenes play an integral role in a cannabis plant’s growth and survival. Besides producing distinctive aromas, these organic compounds also enrich color and pigmentation in leaves and buds, and contribute to the flavor of cannabis. In short, terpenes help to enhance the plant’s attractiveness to some creatures, while deterring others that can do harm.

Certain terpenes like geraniol, for example, repel insects or herbivores that might be tempted to snack on cannabis. Other terpenes, like terpinolene and linalool, attract insects and other small creatures that can help spread pollen. These aromatic compounds support the plant’s immune system by conveying information about the surrounding environment, protecting plants from stressors and pathogens and helping to trigger immune responses.

A sweep of variables can affect the amount of terpenes a cannabis plant produces. Factors such as whether the plant is grown outdoors or indoors, exposure to light, temperature, certain growing mediums, nutrient levels, and when harvesting is carried out can all influence terpene levels.

Many terpenes are volatile compounds, meaning they are easily lost during standard cannabis extraction processes. However, growing awareness of the therapeutic value of terpenes is leading to more sensitive extraction methods, such as live resin.

Live resin is made from fresh frozen cannabis plants and maintains freezing temperatures throughout the extraction process to protect terpenes and other volatile compounds in the plant, leading to a more aromatically complex and flavorful cannabis experience.

How do terpenes affect the body?

Awareness of the aromatic properties of terpenes is not new. Humans have long harnessed the vibrant scents associated with terpenes to formulate essential oils for practices such as aromatherapy.

For example, anyone who’s dabbed lavender oil—which contains linalool—behind their ears to help relax can attest to the mood-altering magic of terpenes. Similarly, cannabis strains such as Bubba Kush, which is rich in stress-soothing myrcene, caryophyllene, and limonene, help to reduce anxiety.

However, the effects of terpenes appear to extend beyond feel-good benefits and stress relief. Terpenes have also been identified as a new frontier in cannabis medicine. Until recently, the spotlight has been focused almost exclusively on the therapeutic qualities of cannabinoids, such as THC and CBD, but as our understanding of terpenes grows more sophisticated, it’s becoming apparent that these aromatic compounds are medicinal powerhouses too.

All terpenes boast unique combinations of therapeutic properties. Unsurprisingly, some of the effects terpenes have on humans are evocative of their function in cannabis and other plants—like helping to fight off unwelcome microbes and pathogens.

The medicinal benefits of terpenes

Preclinical studies on animals and in vitro studies—in test tubes—have identified a range of therapeutic benefits associated with terpenes.

Researchers are always on the hunt for new antiviral compounds. Many terpenes show strong abilities to help kill viruses, including alpha- and beta-pinene, caryophyllene, camphor, and carvone.

Rising rates in many forms of cancer are driving the quest to find compounds that can help suppress it. Some terpenes, including those found in cannabis, exhibit anticancer activity, helping to inhibit the activity or growth of cancer cells.

Limonene represents a particularly notable anticancer and antitumor agent, along with other terpenes such as pinene, camphor, terpinene, and beta-myrcene. One of the unique benefits of terpenes is that they are unlikely to affect healthy cells or cause side effects—something important for cancer treatments.

Given the mood-altering properties of many terpenes, it’s no surprise that these potent compounds may also offer antidepressant activity. Twenty-five percent of antidepressant drugs are formulated using herbal extracts that contain terpenes. Linalool and beta-pinene are common among many plant extracts used in antidepressant medication.

A vast array of terpenes display antimicrobial activity, or the ability to halt a harmful microorganism in its tracks. Terpenes that are particularly effective in killing or stopping the progression of microorganisms include alpha-bisabolol, geraniol, menthol, eucalyptol, and terpinolene.

Researchers have found that some cannabis terpenes mimic cannabinoids by creating an analgesic effect, or a reduction in pain. In one 2021 study that combined terpenes with cannabinoids, pain-relieving effects were amplified without an increase in negative side effects. This interaction could indicate the entourage effect (more below).

Terpenes that promote pain-relieving activity include humulene, geraniol, linalool, and β-pinene. Fascinatingly, the study above also found that these terpenes activate the body’s CB1 receptors, which form part of the endocannabinoid system and influence pain perception.

How can terpenes contribute to the effects of cannabis?

Emerging evidence suggests that all plant compounds in cannabis work together synergistically—this is known as the entourage effect and can be thought of as: The whole of all compounds present in cannabis are more together than the sum of its parts. In other words, a special whole-plant synergy occurs when cannabinoids and terpenes are consumed together, as opposed to by themselves.

The researchers also found that full-spectrum CBD extract was four times more potent than the CBD isolate, meaning patients could take a significantly lower dose, and attributed this to the therapeutic synergy of cannabinoids and other compounds, such as terpenes.

More recent research has found that terpenes boost cannabinoid activity, but high concentrations of terpenes were needed to see this enhancement.

It’s vital to acknowledge that much is still unknown about terpenes and their interactions with other terpenes, cannabinoids, and flavonoids present in cannabis. In addition, the majority of the research we do have is based on animal or test-tube models.

Nonetheless, growing clinical interest in these aromatic compounds is yielding some fascinating findings. It’s likely that the coming years will see a more sophisticated understanding of terpenes develop, and how they behave both individually and synergistically.

As mentioned earlier, there’s a staggering range of terpenes present in cannabis—more than 150 different types, to be exact. While many of these occur in concentrations too low to detect, some have a more robust presence.

Here’s the lowdown on three terpenes that are the most predominant in cannabis.

Most cannabis cultivars are dominant in either myrcene or caryophyllene. Myrcene, a terpene that’s also predominant in hops and lemongrass, has been described as delivering scent notes that are herbaceous, spicy, earthy, and musky.

Myrcene gives cannabis a mildly sweet flavor profile—it’s also found in mangoes. Cannabis cultivars that contain high concentrations of myrcene, considered more than 0.5%, are likely to send you looking for a couch for some deep chill time. On the other hand, cannabis cultivars low in myrcene, or less than 0.5%, can kick off a more energetic high.

In addition to contributing to the signature scent of cannabis, myrcene can also deliver anti-inflammatory effects. A 2015 study in cultured cells indicates that myrcene may effectively reduce inflammation associated with osteoarthritis.

The terpene also appeared to help prevent the breakdown of cartilage cells, slow down the progression of osteoarthritis, and decrease the production of certain inflammatory cells produced by the body. Myrcene could potentially be harnessed to help alleviate anti-inflammatory diseases and their symptoms in the future.

Caryophyllene helps to induce feelings of relaxation and wash away anxiety. Recent research also indicates that caryophyllene is distinct from other terpenes found in cannabis in several ways.

Caryophyllene is the only known terpene found in cannabis that can bind to the CB2 receptor in the endocannabinoid system, which is found in the body’s immune system. Thanks to this unique action, caryophyllene is sometimes also classed as an atypical cannabinoid.

Research into the therapeutic actions of caryophyllene shows that it has potential in easing symptoms in diverse conditions such as colitis, diabetes, cerebral ischemia, anxiety and depression, liver fibrosis, and Alzheimer-like diseases.

Future research suggests that caryophyllene’s activity at the CB2 receptor could be harnessed to help treat conditions that are accompanied by inflammatory symptoms.

Clean, fresh, uplifting citrus-y scents—limonene’s name is a giveaway for the aromas associated with this terpene. Limonene is found in the rinds of citrus fruits and ginger, and the terpene is also predominant in many cannabis cultivars that have a fruity, fresh bouquet, like Papaya Punch or Black Cherry Soda.

Similar to many other terpenes found in cannabis, limonene can help to ease stress. Its uplifting notes, however, also help to boost focus and elevate mood.

Limonene appears to alter the way certain immune cells in the body behave, which may protect the body from a range of disorders. In one study, limonene helped to increase the production of antibody-producing cells in the spleen and bone marrow, which are used by the immune system to identify and neutralize pathogenic bacteria and viruses.

Researchers have also recently floated the idea that the unique therapeutic profile of limonene could be useful in treatments for Covid-19.

If you’re interested in this story, we encourage you to visit one of our locations. For media inquiries, please contact marketing@eufloriameds.com

The founders of Eufloria, are retail entrepreneurs and combat veterans. They understand the cannabis industry has changed. Consumers are demanding guidance and education on the products they buy as well as a safe, clean and friendly atmosphere to enjoy while making their purchase. We welcome everyone as part of our Eufloria Family!

After many months of research, hard work, and planning, the founders recognized that a revitalization of CBD, medical, and recreational dispensaries was needed. That’s why Eufloria created a new cannabis experience offering clients a safer, cleaner, more welcoming and education-based environment to shop; elevating the marketplace to match the sophistication of today’s cannabis consumer.